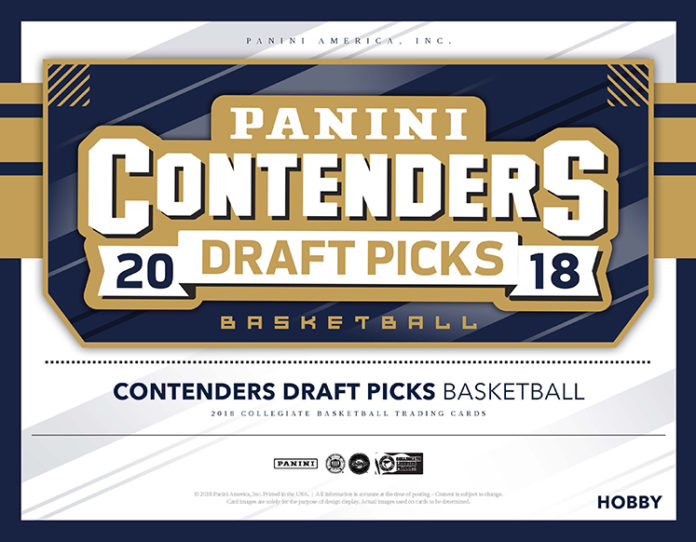 Same product, same design, different year. This is what describes the upcoming release of 2018-19 Contenders Draft Picks Basketball, but that isn’t such a bad thing. The 2017-18 release saw a marked increase in both value, and price, for this product not only due to the stellar rookie class, but also due to the improved design and six on-card autographs per box. Whilst the players are all featured in their College uniforms still, it represents the first chance to find autographs of the 2018-19 NBA rookie class which will make this a very popular release leading into the forthcoming season.

The key features from the release as detailed in the below sell sheet are:

Each box will deliver six (6) autographs, and whilst a few of these will be from second round or undrafted players, the opportunity to chase the high sought after Cracked Ice variations of the top draft picks will ensure this product sells out quickly.

Please Note: The Checklists and Hit Information are split into two types: