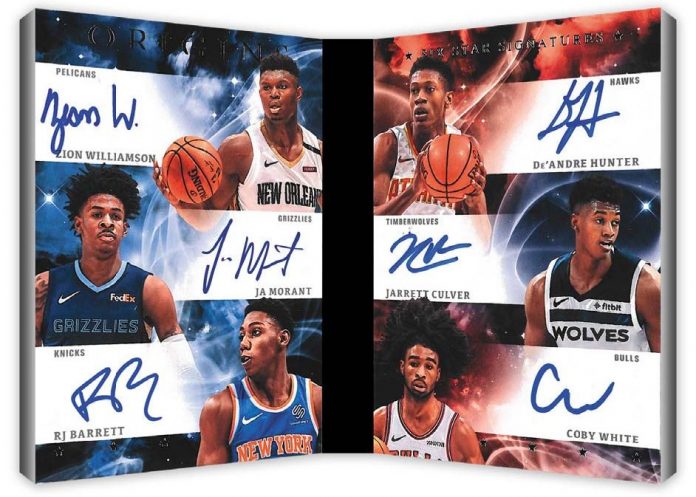 The Details: There will be one rookie jersey autograph, another auto or memorabilia card, two parallels and three base cards per box. The rookie jersey auto cards will include a number of parallels with prime cards for Turquoise (/25), Gold (/10), Green (/5) and 1/1 Black.

Regular autographs will be on-card including rookie autos, silver-ink autos and veteran/retired autos.

The booklet cards will include rookie patch on-card autographs. Look for the Six-star Signatures Booklets numbered to 10 or less and all on-card.

Set to release some time in December, boxes carry a suggested retail price of $120USD.