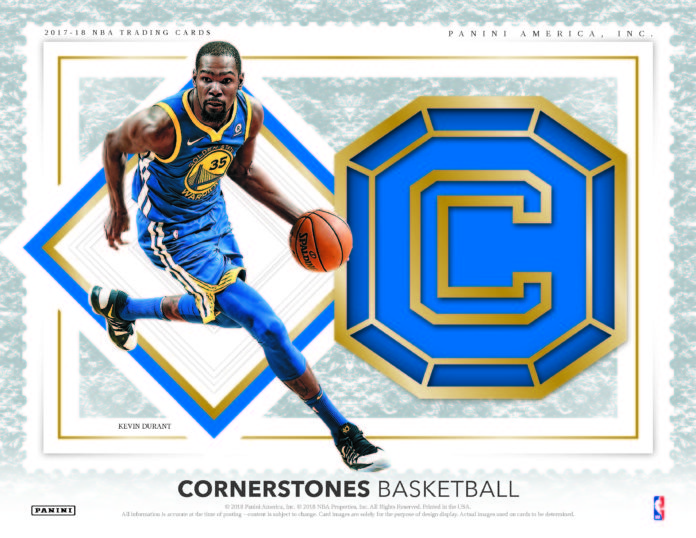 Last year we saw the return of Studio Basketball for the first time in half a decade, and the introduction of Grand Reserve Basketball to the ever expanding list of Panini products. This year however Panini have opted to combine these two products into the new Cornerstones (17-18) Basketball release. Taking the the sensational Cornerstones quad jersey/patch design from Grand Reserve, as well as the highly sought after From Downtown Studio insert, has the potential to make this a great product.

Based on the case packout of 12 boxes, 1 pack per box and 6 cards per pack, Cornerstones will fall somewhere in the middle of the pack for the 2017-18 releases. Each box will contain at least one Cornerstones jersey/patch autograph card featuring Rookies, Veterans and Legends of the game, adn the From Downtown inserts remain as the case hits for the product.

Stay tuned for more information, including the checklists and Team and Player Hit information as it comes to hand.