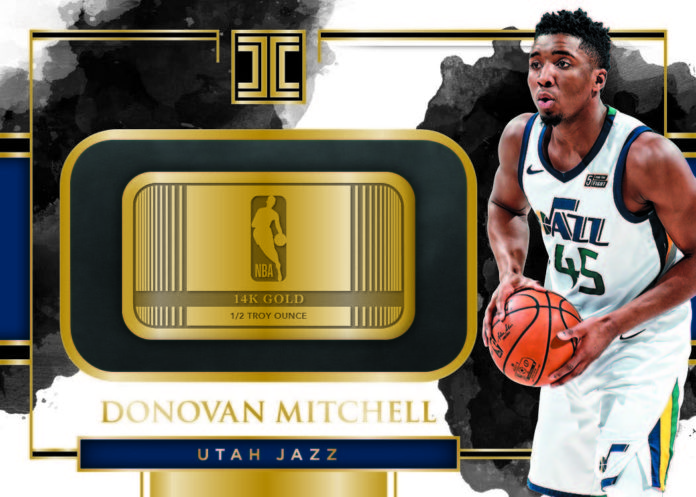 Well there will be a lot of happy collectors out there once they realise there will be an Impeccable (17-18) Basketball release this year. Beck again this high end release is due to be a winner with its clean design, great sets, on card autos and ingot cards likely falling one per case. Stainless Stars are a new addition this year and will include Autographed versions meaning that each box will likely have one metal card.

As reported by BlowoutBuzz, among the autos will be Elegance Rookie Jerseys, veteran jersey autos and Impeccable Victory signatures and the patch autos will have Holo Silver (/25 max), Holo Gold (/10 max) and 1/1 Platinum versions. There also will be Impeccable Jersey Number autos, Impeccable All-Stars and Impeccable Draft Picks with numbering that’s tied to those key stats. For metal cards there will be a Silver NBA logo (/16), Gold NBA logo (/10) or Stainless Stars (/99) card per box. Stainless Stars also will have autographed versions. These boxes once carry a suggested retail price of $500.