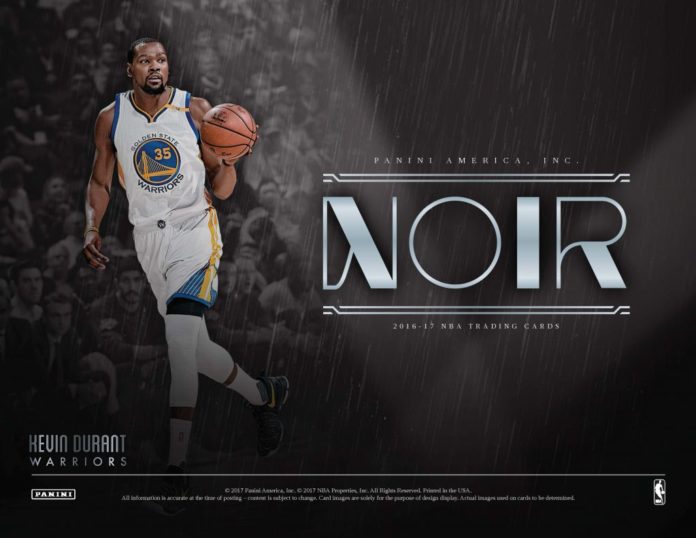 Noir is back again for its third year and it has definitely undergone a significant face lift. Gone are the all black acetate finishes and gold pens, replaced with more white space and blue autos. Time will tell if this move pays off after the issues faced with the gold autos last year, but it’s safe to say that this highly anticipated release isn’t going to disappoint.

One of the most sought after cards of the entire year are the Spotlight Signatures which really embody the essence of the Noir genre. A new addition to this year’s release are the Metal Frame cards featuring Veterans, Rookies, Curtain Calls, Encore and Vintage Art, the later limited to just 25 copies. The Rookie Patch Autos are all on card, with two variations; vertical Black and White and horizontal Colour. Keep an eye out for RPA Tags which will fetch a high price tag (pun intended) on the open market.

With 4 boxes per Case, and 10 cards per box including seven autographs or memorabilia cards, Noir has plenty of opportunities to deliver big hits.

You will have to beat the rush to get hold of cases, boxes or even spots in group breaks, as Noir is likely to sell out quick!