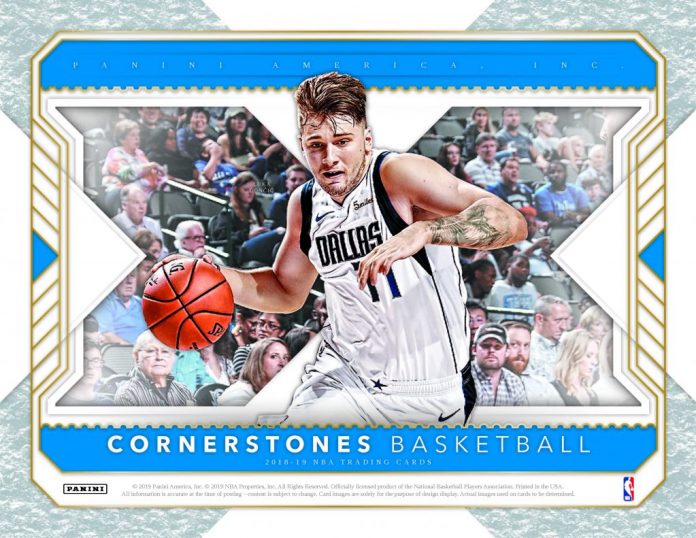 First hitting the NBA scene in 2016-17 as part of the Grand Reserve set, the 4 swatch Cornerstones cards were so well received by the collecting community that in 2017-18 they were given there own release. Showcasing the stunning design that has made them so sought after, 2018-19 Cornerstones Basketball will once again deliver collectors with a tantalizing array of cards from this mid-end release. The focus of the set is undoubtedly the Rookie Cornerstones, which typically include patches in the lower numbered variants. This year Panini have however reduced the number of variations with the Rookie Cornerstones now only available in Base (/199), Crystal (/75), Quartz (/49), Marble (/10), and Onyx (1/1). Hopefully patches are present in the /49 and below but be prepared to only see them in the /10 and 1/1 now the Granite (/25) variation from last year has been excluded.

But it doesn’t just stop at the Rookie Cornerstones with the Veteran Cornerstones also included and what will hopefully be a solid list of signers. Charles Barkley has been shown in the Product Information Sheet (see below) with a stunning mock-up of his 1/1 Onyx Cornerstone so fingers crossed we see a few other big names included as well. The case hit for this product is the From Downtown insert which is a big bonus if you happen to be the lucky one to pull a big name player or current rookie. Since arriving first in 2016-17 Studio these SP inserts have really been a favorite of collectors and hold good value on the secondary market.

Overall 2018-19 Cornerstones Basketball is a solid release, but there are sure to be a few cases with a whole lot of jersey autos and stickers autos. But if you happen to find a nice low numbered Cornerstone of Luka Doncic, Trae Young, DeAndre Ayton, Marvin Bagley, Jaren Jackson Jr or Kevin Knox you will be a very happy collector!