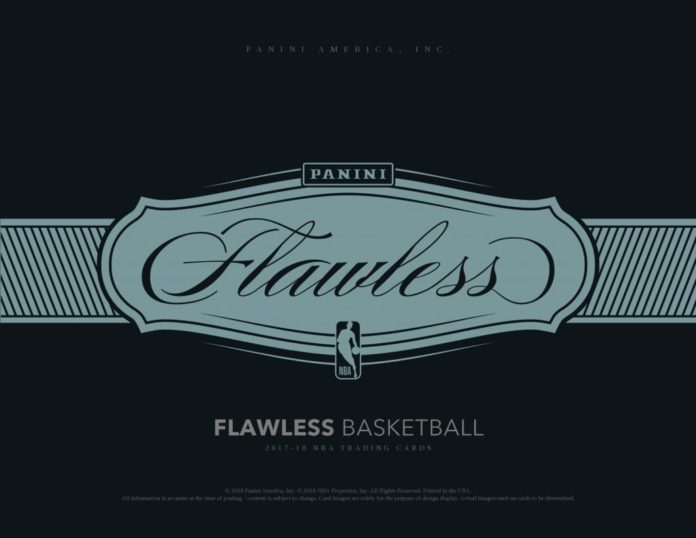 The pinnacle of the NBA release calendar is set to return in 2018, and Flawless (17-18) Basketball will be an enormously popular release due to the stellar 2017 Rookie Class. Featuring all the regular sets, there’s no doubt that the short print (/25 or less) Rookie Patch Autographs, 1/1 Logoman Autographs, Championship Tag Autographs and Dual Logoman cards will be the some of the most sought after.

The release will also feature several base variations again this year, with these Diamond cards having one, two or three gems as well as the Triple Double, Top of the Class, Most Valuable and Champions diamond card subsets (all numbered /5). These base sub sets are hard to pull, and are always a favourite with collectors looking to find a short print gem card of their favourite player or up and coming star.

Most sets will most likely feature several sub-set variations including Silver, Platinum, Sapphire, Green and Gold like in previous years. Among the autograph sets will be the Honored Numbers cards featuring players with retired numbers which is a new addition this year.

Boxes will carry a suggested retail price of $1,000US. See below for the preview images, with additional imagery to be added as it is released.