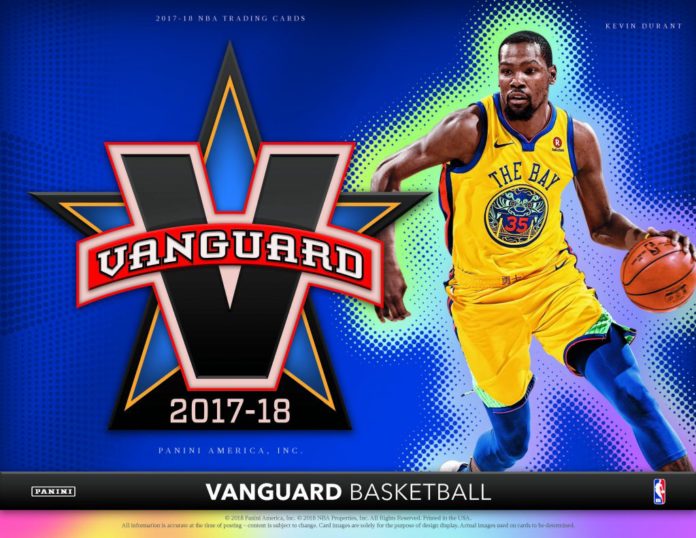 Well after seeing some sneak previews of this product on the Instagram account of TJ Leaf and Cedric Ceballos over the past few weeks, Vanguard (17-18) Basketball is set to become the latest addition to the Panini Basketball lineup. Bringing the 2017-18 likely release count up to 29 in total, Vanguard will host a largely on-card auto set in this mid to high end release that features 4 autographs and 1 base of parallel card per box. Each case will only have 6 boxes, and the base set are numbered to just /49 or less for the parallel variations.

This years hot rookie class will be featured in the Hot Off The Press Autographs, Rookie Signatures, Prime Prospects Signatures sets, with the In Focus Autographs, Postseason Heroes Autographed Materials and V-Team Signature Swatches also appearing in the release. Cosmic Force Signatures and High Voltage Signatures will feature designs based on space and lightning respectively, whilst the base set will be printed on thick holographic card stock showcasing a multi-colour silhouette outline of the player.

Adding another new release to the expanding NBA line-up is a gamble, but if the preview images below are anything to go by then Vanguard (17-18) Basketball should be a great product. 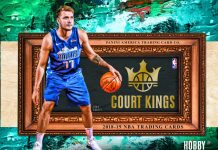 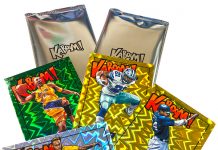 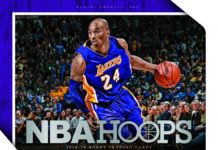