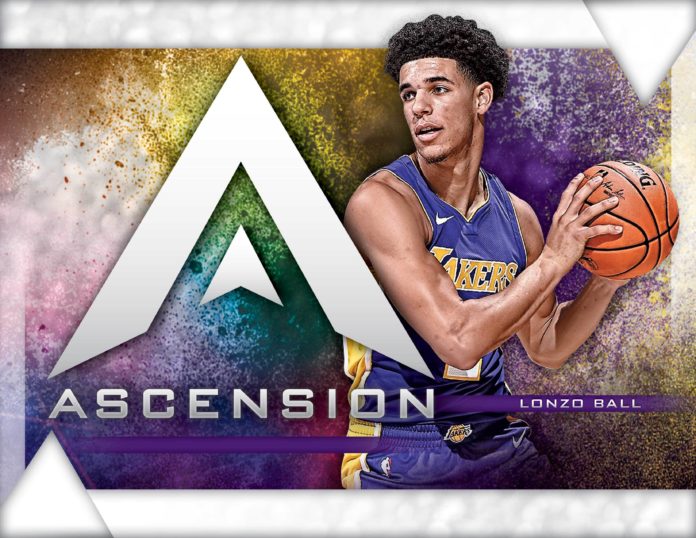 Rising from the Ascent autos that formed part of the 16-17 Grand Reserve release is the new NBA product for 17-18, Ascension Basketball. Taking design cues from Court Kings, Ascension (17-18) provides a wide pallete of colours that will appeal to a variety of collectors. The set focuses on the 17-18 Rookie Class resulting in a dedicated Rookie Ascent auto set, coupled with base autos of veteran players. Whilst the Rookie crop are all featured in their college uniforms, Ascension (17-18) provides the first big opportunity to get on card autos of your favourite Rookie. The Next Day set in Donruss are the first on card autos IN NBA uniforms but their rarity (typically 2-3 per case) make them difficult to find. Hopefully Ascension (17-18) will make it a lot easier to get am early on card auto of your favourite Rookie.

Each box will deliver one (1) auto, two (2) Rookie cards and two (2) Rookie variations across a 12 box case. MSRP appears to be 84USD which makes the product very appealing at this early point in the season.

Stay tuned to the site for a Set Analysis which should be posted later today!