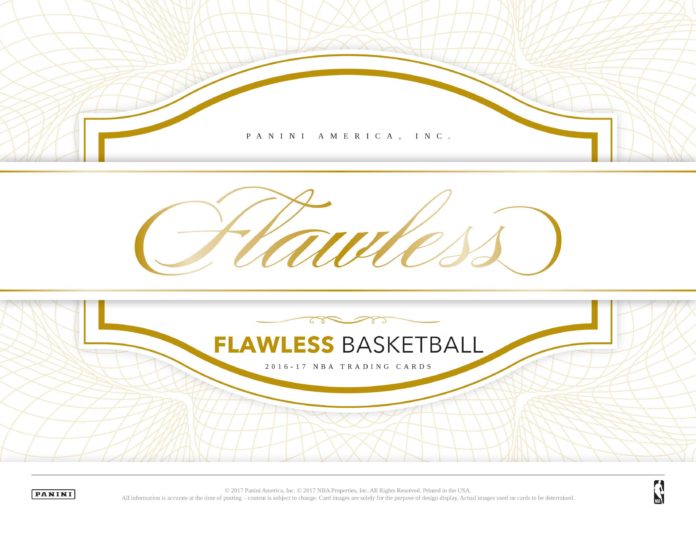 Flawless (16-17) Basketball is the pinnacle release for the season, and this years release will not disappoint. With no card numbered less than 25 in the entire set, coupled with a clean design, all on-card autos and game worn materials, there’s no doubt this is the real deal. Officially releasing on Friday 16 November 2017, with numerous First Off The Line cases already broken, the search begins for Logomen, Championship Tags and RPAs. The biggest hit of the entire release will most definitely be the Ben Simmons 1/1 base card, which will fetch an unfathomable amount in the current climate. The 1/1 Bronze variant from the First Off The Line release has already been pulled in the US so it will set a benchmark for prices going forward.

Despite the second NBA release of the 17-18 season already hitting the streets on Wednesday with Donruss, there’s no doubt that Flawless (16-17) is the opposite end of the collecting spectrum. All I can say is good luck to everyone, and hopefully you hit big!!