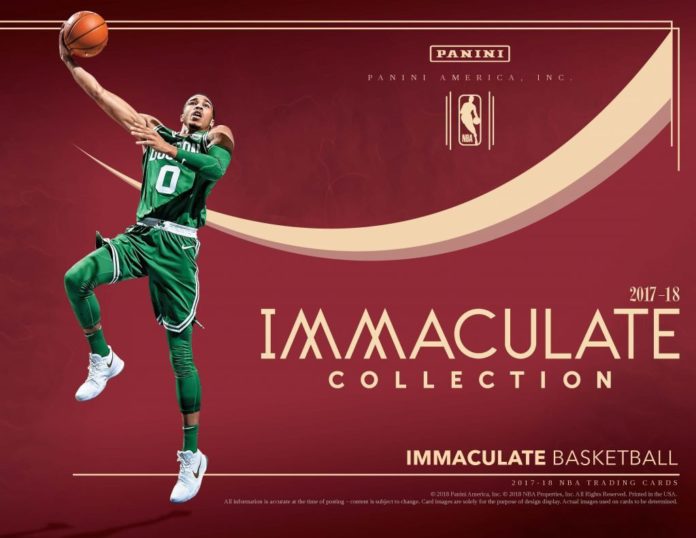 Whilst it may release just prior to the start of the 2018-19 NBA season, there’s no doubt that Immaculate (17-18) Basketball will still garner an enormous amount of interest from the collecting community. The continuation of the Dual Rookie Logoman Autographs is a massive selling point and will help to reinvigorate a product that has shown a slight decline the past few years. As shown in the preview gallery below, the patch autograph set reminds fairly similar to previous releases, along with the retention of the Premium Patch Autographs set which once again will be highly sought after, especially the cards that feature better patches instead of nameplates.

But where Immaculate (17-18) Basketball is sure to shine is the Rookie Patch Autograph sets due to the the superb 2017 Rookie Class. The acetate jersey numbered RPAs have long been the best sub-set and that’s unlikely to change this year. The Donovan Mitchell /45 variations will be a big seller, but the Lonzo /2 are going to be a tough pull.

Carrying a suggested retail price of $425US, and extremely likely to feature a First Off The Line (FOTL) release, Immaculate (17-18) Basketball is likely to be a quick seller and challenge National Treasures (17-18) Basketball for the title of tje most sought after release in 2018.